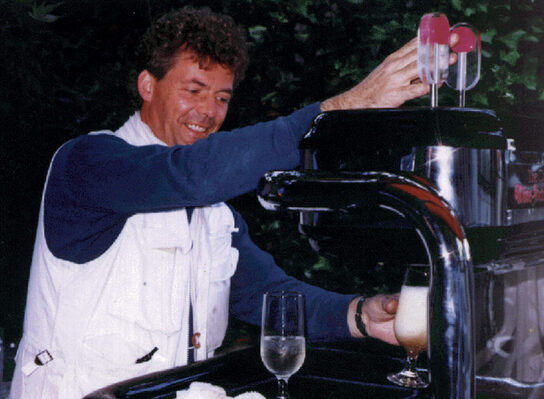 The world thirsted for on-tap wine over ice aged one million years?

When work was done and EXPO 86 was operational, I noticed that the only beverages available on tap were beer in flimsy plastic cups. At the time, the cooler market in bottles was emerging.

What if I could create a small, portable, multi-flavored carbonated on tap wine beverage system? I designed and built a prototype in Vancouver and shopped it around for production financing. George Gund was the owner of Minnesota North Stars hockey and the Cleveland Cavaliers basketball teams. He was negotiating with hot new prospect Michael Jordan when we met on the North Star, his yacht moored at the Bayshore in the Vancouver Harbour.

He took a shine to the concept and I built 10 units with the intention of shipping them to EXPO 88 in Brisbane, Australia for a global market test. Winesoda Beverages became an official corporate sponsor and the portable systems appeared on site as well as in the Brisbane Sheraton Hotel.

To aid in the promotion, I had a contact who could deliver packaged one million-year-old glacier ice from Stuart, Alaska. I imported five tons of the stuff. We made the National IV News and the front pages of most Australian newspapers. The system was sold to CIG Kleer Kube before the close of the fair. 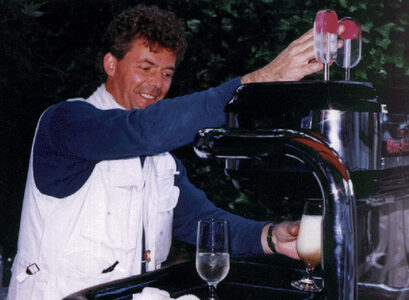 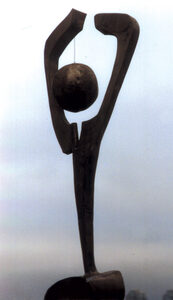 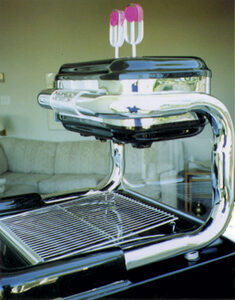 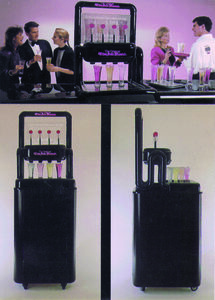 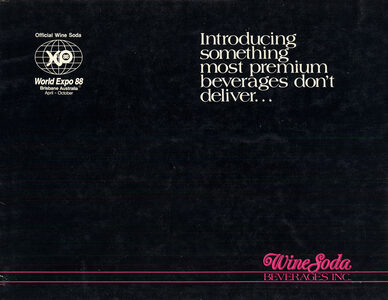 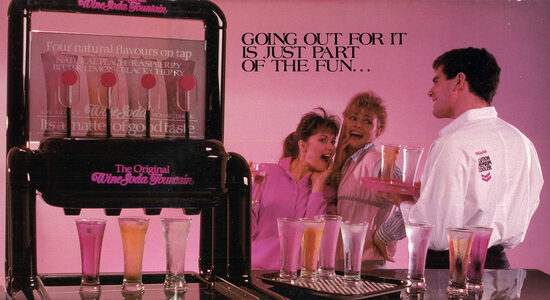 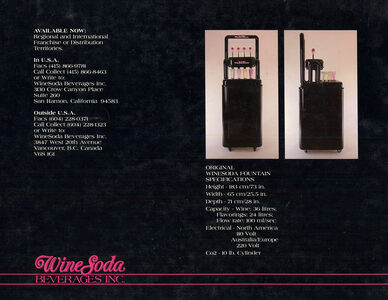 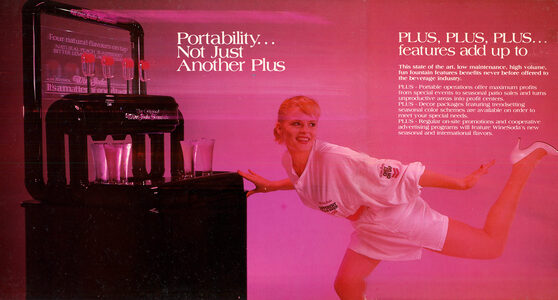 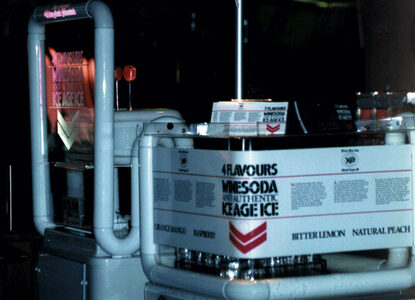