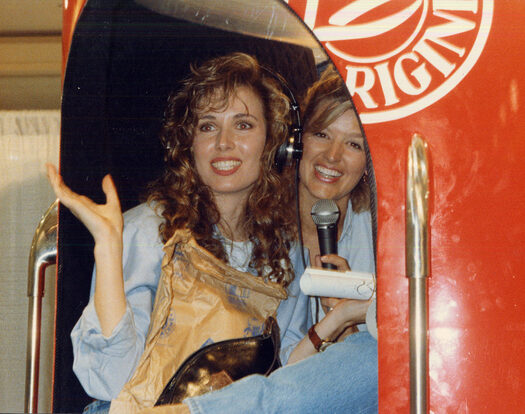 They wanted a photo booth and I gave them a giant Coke can?

In 1990, I joint ventured with a Canadian public company to develop a prototype multi-user interactive entertainment kiosk for operation at gas and service centers for long-distance truckers. I named the product AVECA or Auto Vend Entertainment Center of America. Leading edge at the time, the unit had two-way television screens and cameras plus a one-thousand-disc karaoke player with the singer broadcasting from inside. A joystick & keyboard allowed the interactive satellite to feed into various companies, industries, and government institutions so truckers could check in with dispatch or even write government exams. The unit had a coin vending dispenser built-in. I sold my shares in the company and built an office in a new commercial space at Pine and 7th in Vancouver. 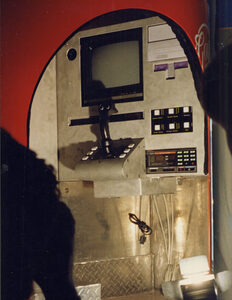 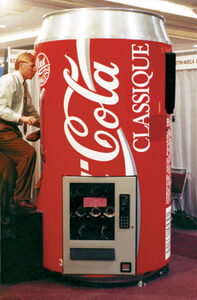 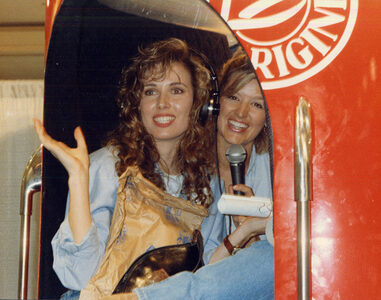 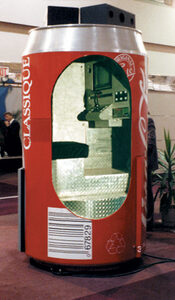 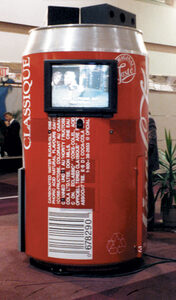 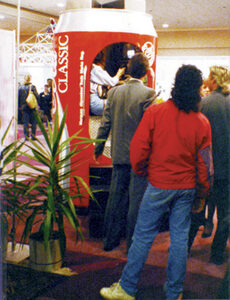