I was asked to create a very special cockpit but no one would tell me why?

I was contacted by Dr. McFarlane in 2001 and asked to be in his office at 0800 hours the following day.

The next morning, he asked this question: “Can you build a cockpit to manage a remote underwater vehicle. It must seat three people: pilot, engineer, and owner. It must be portable and fit through ship gangways into an 11-by-six-by-eight- foot life-vest locker room on board. The ship is being constructed in Bremen, Germany. The equipment has to stand alone attached only to the deck. It has to be designed, built, tested, and shipped in 6 months.”

I asked who the RUV was for but he said he wasn’t allowed to tell me. I asked why his staff of over 100 engineers, some with NASA experience couldn’t do the job. He said they told him their hardware would not fit in the space nor could they do it on time. So, of course, I agreed being blind to my own limits.

First, I did the drawings and built a prototype room with wooden assemblies. Then I finished the tig welding and powder coating of the aluminum structures. Everything was assembled: four hard drives, seven monitors, three keyboards and three joysticks.

The only thing missing in the photos are the seats and the owner’s fifty-four-inch monitor. The pilot and engineers’ seats were a thing of beauty. I was cautioned that the operators would be sitting for hours so the chairs had to be adjustable with serious shock absorbent qualities. After searching online around the world from Australia to France for the perfect farm combine chair, I found two that fit the bill about a kilometre down the road.

After the glass cockpit was shipped, I learned why the project was hush-hush. The owner was Paul Allen of Microsoft. The name of the 225’ ship was the Octapussy and it had on board a 10-man submarine that exited out of the side on davits.

The question that Dr. McFarlane’s team had faced was this: “What if the President of the United States was onboard the sub and it had difficulties on the bottom? How would you retrieve him?”

They’d had 6 months before the launch. Enter Alm. 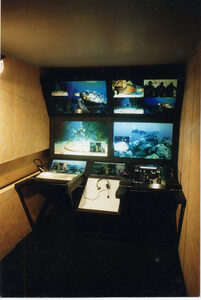 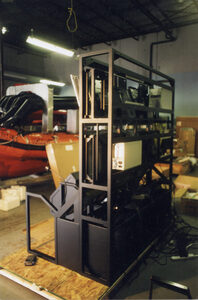 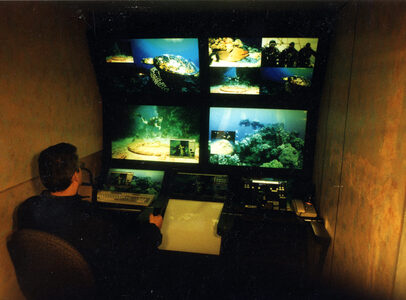 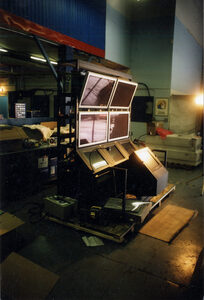 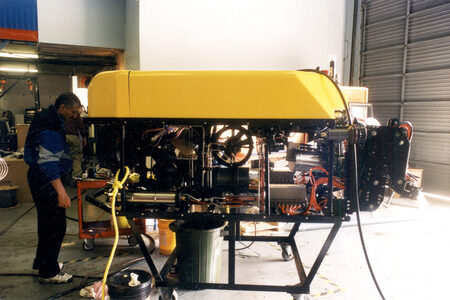