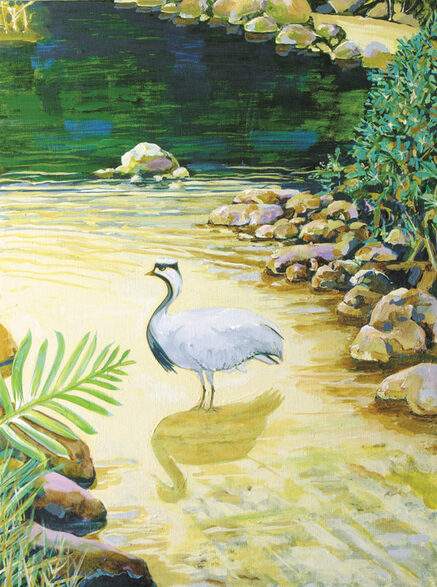 I finally pulled the brushes from under the stairs?

In 2002, after years of creating complex inventions with hundreds of developmental design drawings, building prototypes, preparing advertising programs and, of course, conducting the never- ending search for financing, the nature of Wall Street had become obvious. The money is in the paper. The inventor is lucky to keep three percent.

It was now time to simplify life, honor my mother and return to my first passions: sculpture and painting.

My mother remarked, “Richard if you had started 20 years ago, you would be famous by now!”

As with most artists, space is a problem but using the maxim from my Expo days, Go Big or Go Home, the first canvas I purchased was four feet by four feet. It would not fit in my car. I had to go home, rollerblade back to the art store and return the ten blocks to the condo carrying a four-by-four sail against the wind.

I turned the canvas 45 degrees so it was diamond-shaped rather than square. I painted the Lyons Gate Bridge as viewed from the thirty-second floor of Bentall Three, the boardroom of my accountants at Deloitte & Touche LLP. The piece hung in their reception area for years.

What followed was a series of sizes and subject matter in which I was interested including cars, my prairie roots and global travel referenced by my drawings and photos. 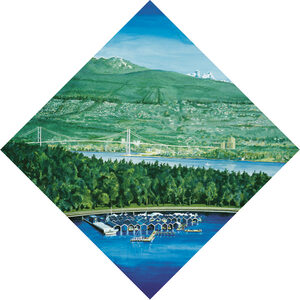 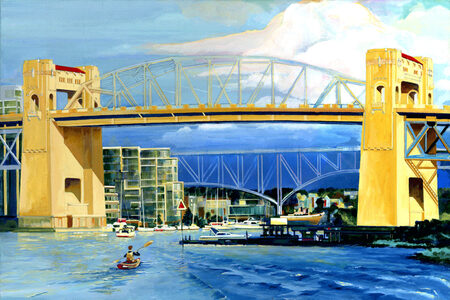 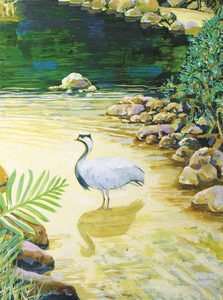 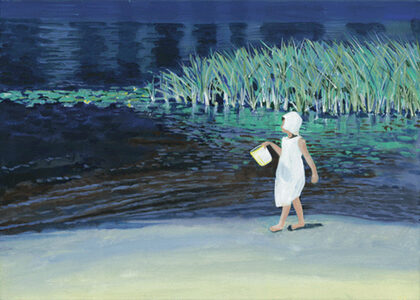 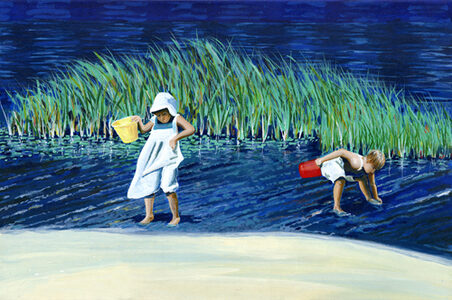 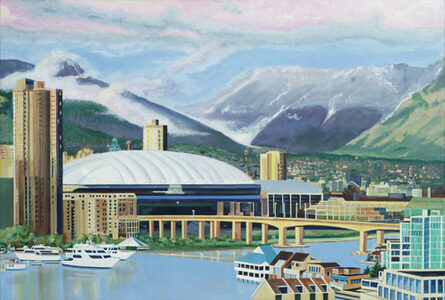 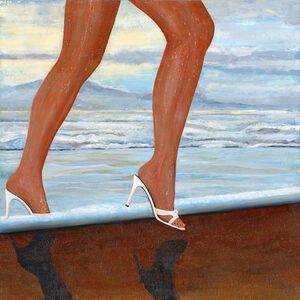 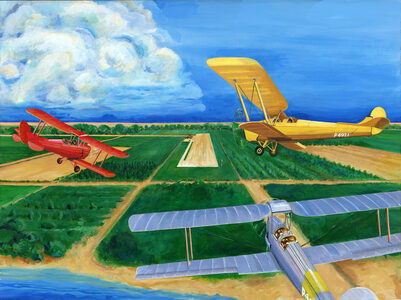 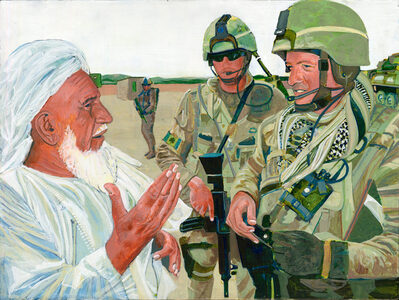 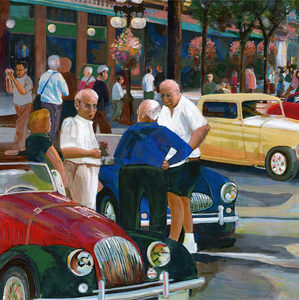 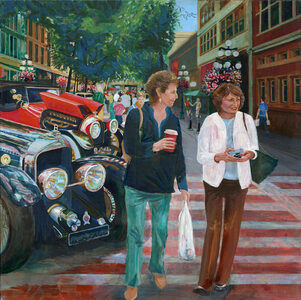 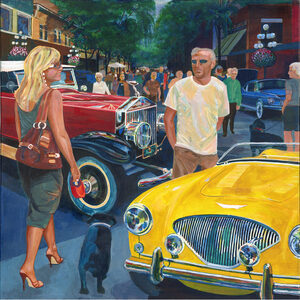 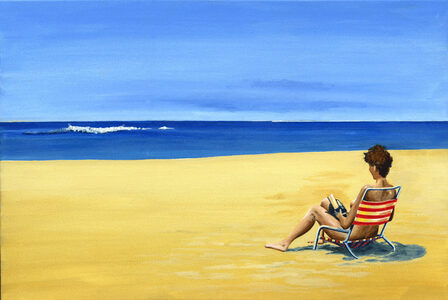 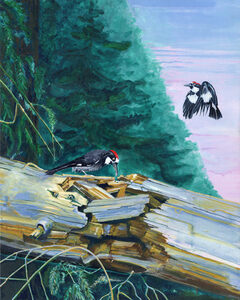 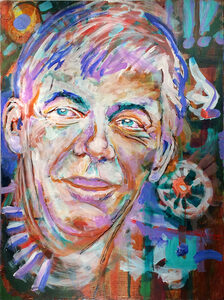 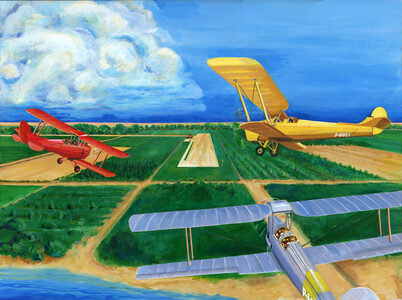 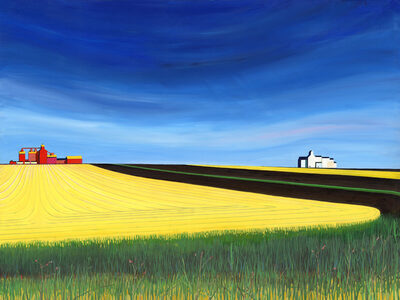